People across South Africa are bracing for a 21-day lockdown after the government announced sweeping new measures to tackle the spread of the new coronavirus.

On Tuesday,  the number of confirmed cases leapt again to 554 - just over a week ago, the figure was 62. The surge has raised alarms that a wider outbreak would put under serious stress the country's already strained healthcare system in one of the world's most unequal societies.

Ramaphosa stressed that people will still be able to leave their homes to seek medical care, buy food or collect a social grant.

All shops and businesses are to close, with the exemption of pharmacies, laboratories, banks, the Johannesburg Stock Exchange, supermarkets, petrol stations and healthcare providers.

Health workers, emergency personnel and security services will be allowed to work, while soldiers will be deployed to patrol the streets in support of the police. 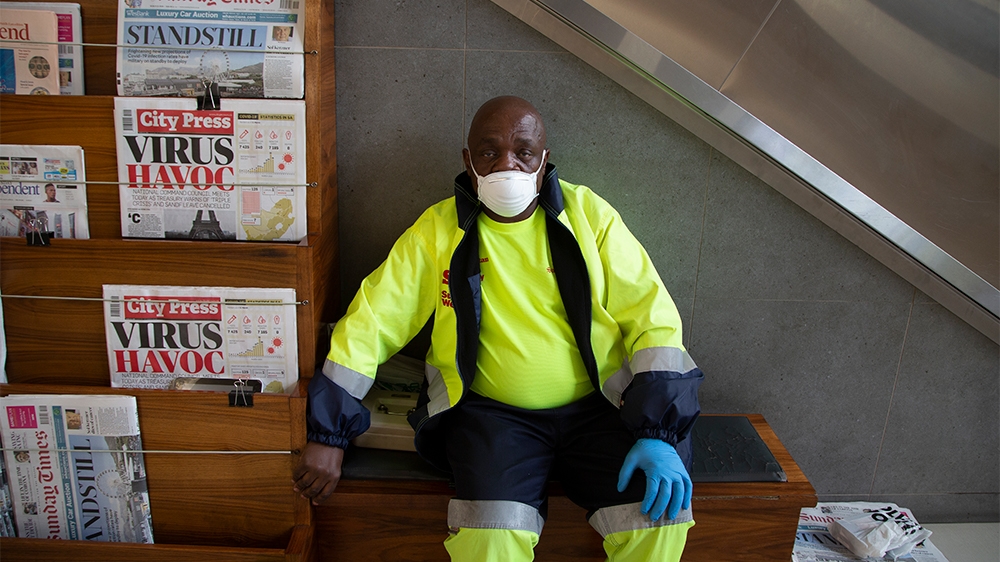 A masked newspaper seller waits to make a sale in the virtually empty Rosebank Mall in Johannesburg. [Denis Farrell/AP]

By imposing the lockdown, the government hopes to avoid the spread of the coronavirus in crowded townships and informal settlements where access to clean water for hand-washing can be scarce and self-quarantine practices are hard to apply.

"While this measure will have a considerable impact on people’s livelihoods, on the life of our society and on our economy, the human cost of delaying this action would be far, far greater," the South African president said.

For a country already grappling with an almost 30 percent unemployment rate and low economic growth, the lockdown could be disastrous for the economy.

The government said it will create a temporary compensation fund so that businesses can avoid having to dismiss staff, as well as provide tax relief for small businesses.

Ramaphosa said a first phase of the government’s economic response would include assisting businesses in distress and a package of more than 3 billion rand ($170m) of funding for industrial firms. 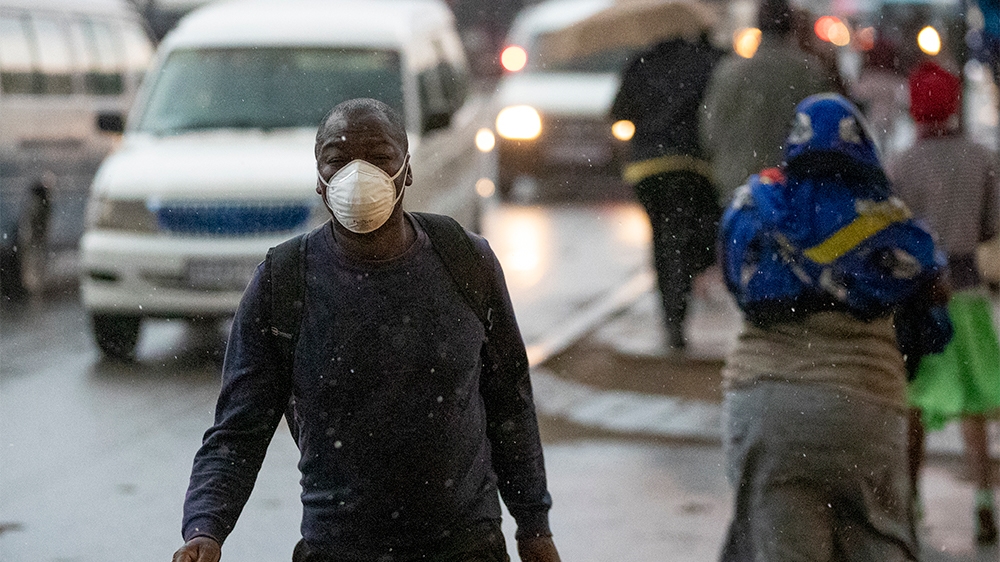 After reporting its first case of COVID-19 on March 5, the country now has the highest number of infections in sub-Saharan Africa. [Themba Hadebe/AP Photo]

Commenting on the president's announcement, Mosa Moshabela, dean and head of the Nursing and Public Health School at the University of KwaZulu-Natal said the lockdown "is an opportunity to break transmissions", referring to the 14-day incubation period during which the infection can flare into symptoms.

"With the additional week as a sort of buffer, we can assure that anyone who was infected before the lockdown will go through the symptoms and recover within those 21 days," he told Al Jazeera.

Siviwe Gwarube, a member of parliament with the main opposition party, Democratic Alliance, stressed that strict measures were needed in the fight against the pandemic.

"As much as we have learned from the global community, the reality is that South Africa has a unique set of circumstances of social economic status of people," Gwarube said.

"There are over 50 percent who are poor and over 11 million South Africans are unemployed, so we need to be a lot more heavy-handed if we are going to be able to flatten the curve."

After reporting its first case of COVID-19 on March 5, the country now has the highest number of infections in sub-Saharan Africa.

South Africa is among the most unequal countries in the world with 1 percent of its earners taking home almost 20 percent of all income in the country, according to the World Inequality Database.